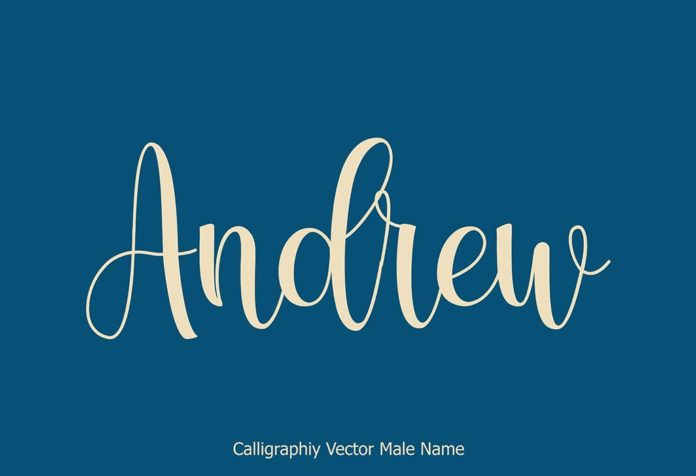 The name Andrew is a popular and common baby name. The name stayed in the top 100 baby boy names for 12 years, especially because it was two American Presidents – Andrew Jackson and Andrew Johnson, the 7th and 17th, respectively. The biblical reference to the name is another reason making the name popular, although, in recent years, the name’s popularity has dimmed a little.

What Does Andrew Mean?

The meaning of Andrew is “strong and manly.” It is a variant of a Greek named Andreas, which is obtained from the element “aner,” meaning “man.” Thus, one can establish that Andrew is a masculine name, due to which many parents prefer naming their child Andrew. Although gender is not a vital factor when naming your child, Andrew is an appealing choice with its roots dipped in Greek origin.

The origin of Andrew is from the Greek name Andreas that denotes “strong,” “courageous,” and “manly.” It was also the name of Jesus’s first disciple Saint Andrew, a patron saint of Greece, Scotland, and Russia.

The name Andrew has a different meaning and variation in other countries and cultures. The different Andrew name variations have different spellings and meanings. So, the other spellings for Andrew are:

How Popular Is the Name Andrew?

Names are an integral part of our life since they become our identity. The name Andrew is among the 100 most popular names in the United States. Although the name has faded a little with time, it has retained its position in the top 100 list since 1900. According to Andrew’s popularity index, the name was the most popular from 2000 through 2006.

The above figures indicate that despite the fading popularity of the name, it is still one of the most appealing names for your baby boy. This name is considered attractive and classic. While Andy adds a friendly tone to the name, Drew adds sophistication. With the younger generation being distinctive with names, this name has the chance to make a comeback shortly.

Over the last ten years, Andrew has maintained a consistent position worldwide and reached the highest position in August 2019. Its position remained mostly above 55 until June 2021, when it dipped below 50 with a score of 48.

Interest in Andrew  – US

The interest in Andrew’s name in the United States has ranked over 45 for the last 10 years. The interest in the name was the least in July 2021; however, it reached its top-most popularity in August 2019.

Popularity of the name Andrew

In respect to the search trends of Andrew on a worldwide scale, the name has remained consistent in Australia with a rank of 100, followed by Jamaica on 85. The United Kingdom and New Zealand rank 75 for this name, whereas the United States ranks 62. The ranking signifies that this beautiful name is not ready to go out of style; therefore, it is still a wise choice among baby names, leading to its popularity.

Search trends of Andrew – US

In the US, Andrew is the most popular in the District of Columbia, followed by New York over the last ten years. Massachusetts, Connecticut, and Pennsylvania are the other sub-regions where the name Andrew has reached the highest ranking.

Middle Names That Go With Andrew

Choosing a middle name that goes with your baby’s name is equally important. It helps in maintaining the fluidity of the name, preserving your child’s beautiful name. So, here are some of the double names with Andrew that you can select from:

The presence of many famous people called Andrew is one of the reasons behind the popularity of the name. Its meaning and symbolic origin also cater to the name’s popularity.

Baby names like Andrew have a wide variety because of their popularity as first and middle names. There are also different varieties of family names for Andrew. Some other names for Andrew are:

Similar sounding names have a distinctive rhythmic tune. The same goes for the name Andrew which has different variations that have symbolic or religious significance. The names that rhyme with Andrew are:

Nicknames are usually witty or funny names given to people. Some of the unique nicknames for Andrew are:

Andrew is one of the most attractive names denoting the characteristics of manliness or courage. This name became a strong choice for parents because of the two US Presidents sharing the same name. Despite the dimming popularity of the name, Andrew has maintained its spot in the top 100 names. With various names becoming popular in recent times, this name has significant possibilities to shine once again.

7 Tips to Achieve A Perfect Smile