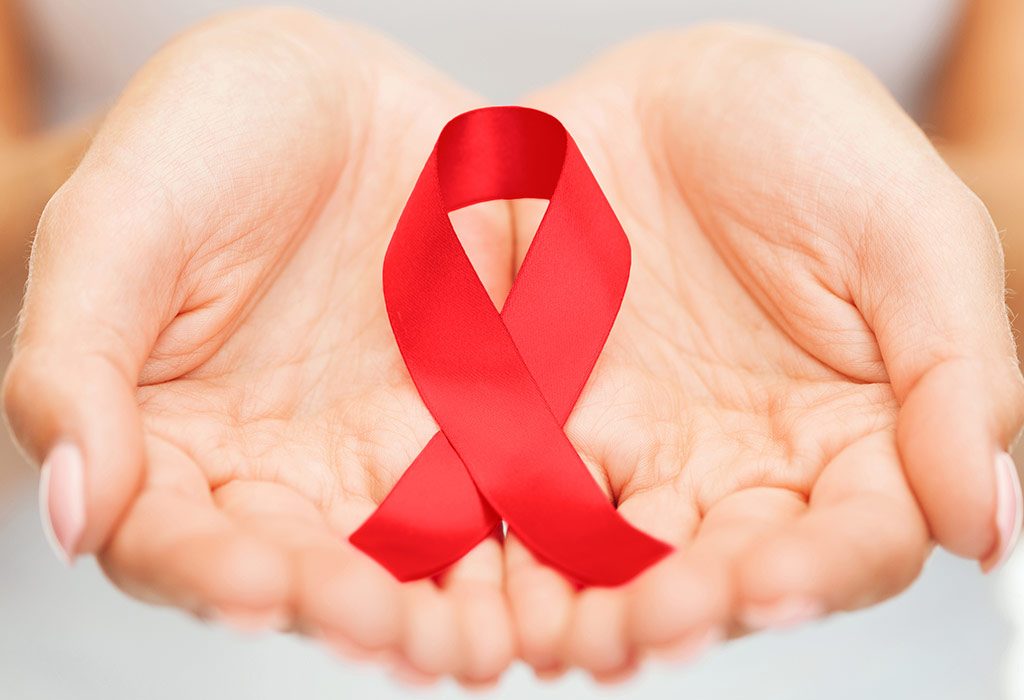 The HIV virus and the AIDS disease has struck terror into the hearts of people since its outbreak in the 1980s. Pregnancy, already a challenge in itself becomes further complicated when the mother is infected with the virus. However, medical advances have not only made HIV pregnancy safe but have also reduced the chances of the baby contracting the virus.

HIV (Human immunodeficiency virus) is an infamous virus known to cause AIDS (Acquired immunodeficiency syndrome). As the name suggests, it’s a virus that gradually breaks down the immune system making you prone to opportunistic infections and various other complications. One point of confusion amongst people is that they believe HIV and AIDS are similar when that is not the case. A person may be HIV infected for years without having AIDS. You are HIV positive from the moment the virus is detected in your blood. But only after the symptoms set in and the immune system breaks down the person is said to have AIDS. It usually takes several years to reach the last stage of HIV – that is AIDS.

How Does HIV Spread During Pregnancy?

Unlike viral flu, HIV does not spread by contact, breathing the same air or through food and water. HIV can be spread in ways similar to the Hepatitis B virus:

Once the HIV virus gets into the blood, it begins to multiply and infect a specific type of white blood cell called the T lymphocytes. It usually takes 3 to 6 weeks for the symptoms to set in which last for less than 10 days. These symptoms include:

Thus, the symptoms of an HIV positive pregnancy are not different from flu during pregnancy. Later, after the symptoms are gone, the virus continues to multiply and attack the immune system silently, until it breaks down. It may take as long as 10 years for this to happen. AIDS in pregnant women has symptoms depending on how low the immunity is. Your doctor would check the immune status by asking for the CD4 count. CD4 is a type of blood cell that helps the body’s immune system and a low count of it is the strong indication of AIDS. Various problems that AIDS can cause are:

1. Infections: As the CD4 count falls, more serious and deadly infections set in, tuberculosis being the most common.

2. Cancer: Various forms of cancer are common in AIDS. Women may suffer from genital tumours which may be cancerous.

3. STDs: Other sexually transmitted infections in addition to HIV like syphilis may add to the problem for the mother and child.

Factors Which Increase the Risks Associated With Transmission of HIV

Some of the issues that increase the likelihood of the spreading of AIDS include:

• Viral load: The most important factor that determines the transmission is the viral load in the mother. For example, the rate of transmission is 1% if the load of the HIV virus in the maternal blood is less than 400 copies/mL, but this increases drastically to more than 30% when maternal viral levels are more than 100,000 copies / mL. But viral load in the blood may differ from that in the genital secretions. So, the transmission through genital secretions may occur even before it is detectable in maternal blood in some cases.

• Breastfeeding: If you are breastfeeding your baby, there is a 30-40% chance that your baby will be infected by the virus.

• Medical intervention: Some medical procedures done during delivery like forceps application, artificial rupture of membranes, and invasive fetal monitoring increase the risk of transmitting the virus from the mother to the baby.

Should Pregnant Women Get Tested for HIV?

It is mandatory for all pregnant women to undergo screening HIV test in some countries (opt-in approach) whereas in others the mother has the right to refuse after being counselled and informed about HIV (opt-out approach). Pregnant women who are injectable drug users, sex workers along with those who have HIV-infected sexual partners, multiple sexual partners or are diagnosed with an STD are recommended to repeat the test in the last trimester.

How Is HIV Testing Done? If the test comes positive, it is confirmed with either a Western blot or immunofluorescence assay (IFA). A rapid detection using PCR can also be done.

Effects of HIV on the Mother’s and Baby’s Health

If the CD4 count is maintained high and the viral load is kept low it does not grossly affect the outcome of your pregnancy. All said and done, it is multifactorial and can manifest with variations. The real problems arise when HIV turns into full-blown AIDS.

The mother is at a high risk of various infections that can be life-threatening. Various cancers, both benign and malignant are common in AIDS which may affect the course of pregnancy. Some pregnancy-related complications like pre-term labour, hypertension, diabetes are common in HIV positive cases.

An HIV positive mother can also infect the baby. The infections acquired by the mother can be transmitted to the baby which can be life-threatening. It can potentially affect all the bodily functions of the baby.

HIV tests are highly accurate. The ELISA test has a sensitivity of more than 99.5%. This means that in more than 99.5 of 100 tests performed will pick up HIV if it is there. There is less than a 0.5% chance of missing HIV by ELISA. For further confirmation, the IFA and western blot have very high specificity. This means these tests very rarely will be a false-positive.

How Is HIV Transmitted From the Mother to the Child During Pregnancy?

The transmission that occurs from mother to child in the perinatal period is called vertical transmission. This transmission can be via the placenta and via breast milk.

Normally placenta forms a barrier between the mother’s and the baby’s blood. This forms a protective barrier for HIV transmission. But in very early pregnancy, while the fertilised egg is attaching to the uterus and the placenta is being formed, there is a chance of contact between their blood. Thus, HIV transmission can occur even before pregnancy is detected.

There is a high chance of transmission of HIV from mother to baby during the time of onset of labour. When the water bag ruptures, during the delivery process, and during placenta separation.

It has been proven that the HIV virus is present in breast milk and babies who are breastfed are at an increased risk of being HIV positive.

Does Caesarean Delivery Reduce the Risk of Mother to Child Transmission of HIV?

There is only a 50% chance of the baby contracting the HIV virus if they are delivered via caesarean birth. In addition, the risk of transmission reduces by 87% when a caesarean section is combined with anti-HIV treatment.

Will My Baby Need Treatment After Birth?

Yes. Babies born to HIV positive mothers are given HIV treatment for 4-6 weeks after birth. This reduces the HIV multiplication if any, and protects the child.

Preventing Mother to Child Transmission of HIV & Its Challenges

Antiretroviral therapy (ART) is the anti-HIV medicines used as a remedial measure. ART plays a major role in preventing mother to child transmission of HIV. Being HIV positive and pregnant has a lot of challenges such as social stigma and non-medical hospital staff being hesitant to approach the patient. Many women suffer from anxiety in revealing that they have HIV may make them outcasts.

Here are some preventive measures which you need to keep in mind if you are trying to get pregnant:

With all these precautions taken the risk of transmission may be reduced to less than 1%.

HIV infection can add to the pregnancy-associated complications. These include:

HIV treatment consists of antiretroviral therapy (ART). It consists of various regimens with different combinations of medicines either to be taken orally or injected. The regimen will be decided by your doctor based on the viral load, the CD4 count, previous treatments taken, the drug resistance pattern and the week of gestation. If you were on HIV treatment before conceiving, the treatment is usually continued.

The treatment of women infected with HIV should not be stopped because of pregnancy. Certain modifications in the regimen may be necessary as it may affect the development of the baby but the treatment needs to be continued throughout the pregnancy. How Does HIV Affect Labor & Birth

Usually, a C-section is advised at 38 weeks, but there is a high rate of preterm delivery and the associated complications in HIV infected mothers.

Some mothers may be given an injection of Zidovudine during labour which reduces the chance of transmission of HIV to the baby.

Certain procedures like artificial rupture of membranes to induce labour, using fetal scalp electrodes for fetal heart rate monitoring and delivery with vacuum or forceps are generally avoided given the potential of increased risk of transmission.

What If the Baby Tests HIV Positive? Can an HIV Positive Mother Breastfeed?

Breastfeeding is generally not recommended for mothers who are HIV positive as it significantly increases the risk of HIV transmission to the baby.

You can live a normal life with HIV. This includes becoming pregnant as well. Though there are complications involved, there is nothing stopping HIV positive women from getting pregnant. But you need to understand that despite all the precautions you may deliver HIV positive baby. As HIV reduces your immunity take extra precautions to keep yourself away from infections. Good hygiene, healthy food and exercise are key to a healthy pregnancy with HIV. With the advancements in HIV treatment, many babies born to HIV positive mothers test HIV negative.