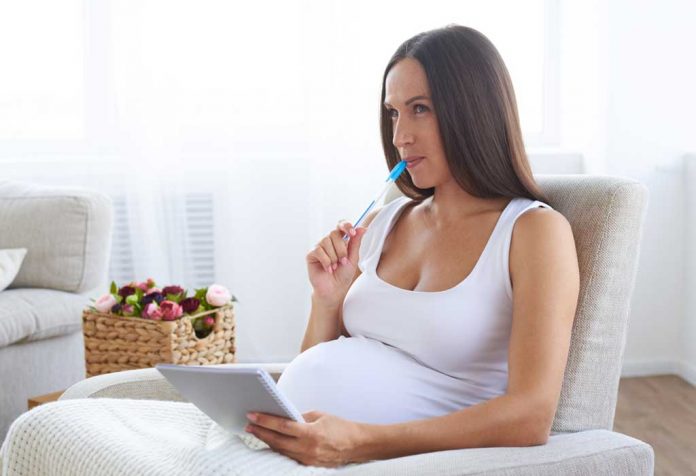 Nothing evokes memories and happy thoughts more than your favourite song. Music stirs the soul, and many parents are now christening their little ones to their favourite track from albums. Names chosen from songs will make sure your baby’s life is always in harmony. Playlists, song albums, and tracks are a gold mine when it comes to inspiration for names. If you want something different, then opt to name your child after a song rather than the singer!

If you are having a baby girl and you want a name that epitomizes her femininity and innocence but do not want to go down the usual route of unusual names, then screen from these song girl names for your baby princess!

Of Greek origin, the name means “messenger”. Doesn’t it remind you of the popular song, Angelina, by Bob Dylan?.

The famous track from Michael Jackson’s album, Billie Jean will give your baby a groovy rhythm just like the singer crooned to its catchy tune.

Meaning “girl” in Gaelic, the song by Unwritten Law is perfectly inspirational.

The Decemberists wrote a love story of two people and called it Clementine. Of French origin, it means “mild and merciful”.

Looking for song baby names, then Dinaz in Zoroastranisim means a religious song or music itself.

Of English origin, the name means “a happy song” which is very sweet.

The legendary Beatles sang Eleanor Rigby, and the name means “bright and shining one” in Greek.

Tom Waits popularised this name with the soundtrack “Georgia Lee”.

James Morrison wrote “Dream on Hayley” to get people to follow their dreams.

A popular track by The Goo Goo Dolls, the name is of Greek origin. It means “rainbow” and is a colourful pick for your baby girl.

This name is an ode by Paul McCartney, who wrote the song for John Lennon’s son. It is a reminder that good things happen to people who do not give up.

The name does not just feature in Shakespeare’s classic but also in an album by Dire Straits. The name means “youthful”.

The Vines wrote “Kara Jayne” which soared in popularity. A variant of Cara, it means “friend” in Irish, “face” in Spanish, and “dear “ in Italian.

Goldfrapp describes Laurel in their track as a red-headed girl. Divine and of Latin origin, the name means “ laurel tree”.

Of English origin and popular in Judaism, the name means a “finch kind of bird known for its song”.

The Kinks, the English rock band wrote Lola, and the name means “a strong woman”.

Thank Oasis for the lilting name and the song is just as sweet. Spelt in different ways, it means “night” in Arabic.

Unique and classy, the name means “song for unaccompanied voices”.

Another name from a soundtrack by the iconic “Beatles”; it means “lady” in Aramaic.

Conventional yet classy, it means “born in Christmas” in Slavic. Rufus Wainwright popularised the name with his soundtrack of the same name.

The name means “beautiful bird and a beautiful song of Haiwatha”.

The Hanson brothers released this slice of heaven with inspiring lyrics. Penny is inspired by Penelope, which in Greek means “weaver”.

Raina is a love story written by Nick Waterhouse in vintage R&B style.

Bob Dylan wrote another soulful classic “To Ramona”. The name in Spanish means “mighty and wise”.

Of Indian origin, it means “a woman who is like a song”.

Meaning ”a song” or “a carol”, this English name is trendy yet unique.

Of Greek origin, the name means “a star”.  Ever since the band, Grateful Dead, released their song, Stella Blue, the name has had a sophisticated and timeless appeal to it.

The name is of Hebrew origin, and it means “song of praise”.

A song written by Costello with Paul McCartney, it is about a girl with Alzheimer’s. The name means “true victory” and has been made popular by the character of the same name in the Archie’s comic series.

Rolling Stones sang “Sweet Virginia” and the nation grooved to it. The name means “maiden” or “virgin” and is of Latin origin.

If you are having a boy and you are looking for baby boy names inspired by songs, then your search ends here. It is not just girls who have a melody in their veins, boys could tune too. Read on to cherry-pick the best for your baby boy.

Paul Simon sang “You can call me Al”, and this Anglo-Saxon name that is short for Albert sounds chic and contemporary.

If you are looking for baby boy names that mean song, then pick this English name. It means “a dancing song” or “Ball”.

The name is derived from a famous Scottish folk song meaning “Danny Boy”.

Dwayne means “a melodious song” and is of Celtic origin. A different and unique moniker, it sounds appealing too.

The Dixie Chicks sang ”Goodbye Earl”. Classic and timeless, the name means a “nobleman” or “warrior”.

Inspired by the track “Eli’s Comin’” by Three Dog Night, the name means”high”, “elevated”, or “my God” in Hebrew.

Long but a popular track by the famous band of the 70’s, ABBA, the name means “prepared to journey” in Spanish.

The name became popular with the song by Nirvana in their maiden album “Bleach” which featured the soundtrack “Floyd the Barber”. The name means “hollow”.

Everyone danced to “Frankie fell in love” by Bruce Springsteen, and the name is popular in England and Wales.

Another Celtic name, it refers to a tiny brown-coloured European songbird.

The name means “to send song” in Ancient Greek, and it is perfect if you want your boy to break into a rhapsody.

The name does not have any meaning, but Ben Folds had a track “Hiro’s Song” that became extremely popular.

The song was part of the Blue Album by Weezer and dedicated to their lawyer who was their rockstar. A variant of James, this name is spunky, too.

Jeremy was a classic by Pearl Jam based on a true story. Of biblical reference, the name means “appointed by God”.

Jimmi Hendrix sang “ Hey Joe” and the name is of Hebrew origin. It means “God shall add”.

The name means “gentle or lovable” in Gaelic. Kevin became popular when the band named The Who sang “Cousin Kevin” based on a neighbourhood bully.

Lark is a species of bird with extravagant songs, and the name is short and sweet. The name itself means “songbird”.

In German, the name means “brave as a lion” and is a soundtrack sung by John Mayer.

Jim Croce got everyone humming “Bad Bad Leroy Brown”. The name sounds trendy and chic; it means “king” in French.

The Beatles sang “Maxwell’s Silver Hammer” and popularised the name. It means “from the great well” in English.

This name was popularised by Bob Dylan’s song “The Mighty Quinn”. It is ideal with its Irish origin, and means “wise”.

Of Hebrew origin and with reference to the bible, the name means “a song-like person”.

The Beastie Boys released Paul Revere, and the name has always been a favourite.

The name is a sweet-sounding one and means “song of joy” in Hebrew.

Warren Zevon sang “Roland the Headless Thompson Gunner”, and ever since the name has found a new place. It also sounds regal.

A lovely name for a boy, it means “one who has a song” in Hebrew.

A single-track by Erykah Badu, the name is of Irish origin. It means “from the land of the Yew tree”.

The name is of Hebrew origin and means “my song” and is a shortened version of Zimran.

Songs evoke a special feeling of joy, and with your boy or girl named after one, life is sure to be one hell of a musical. Naming your child after a song could set a precedent to them finding rhythm and tune to their life in the future.

10 Breast Pump Side Effects No One Told You About

Sponge Bath vs. Tub Bath For Your Baby