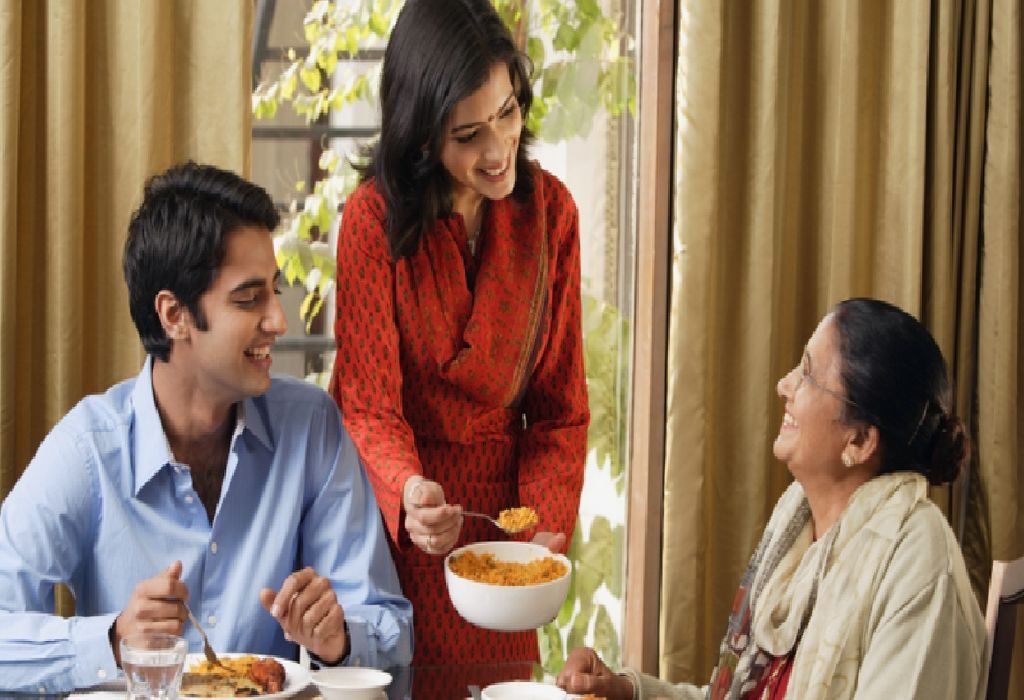 Are you finding it hard to adjust to your mother-in-law? Do you want to make things work between the two of you and not tear your head off? Learn how to deal with a difficult mother-in-law with some helpful tips given below and keep your peace and sanity in check.

The relationship between a daughter-in-law and a mother-in-law is a complicated one. They’re the two most important women in a man’s life and both have his best interests at heart. As for him, he’d like nothing more than to see you two hit it off. But the road’s not easy and if you have a controlling mother-in-law, you need to learn how to deal with her. It’s the only way to keep your relationship in check.

One aspect that we would want to put forth is that you should learn to ignore her taunts or comments, upto a certain level. It will help you stride through your life smoothly. However, don’t dismiss and disregard her from your mind and thoughts completely just because you are not able to get along. Writing her off totally would only take things from bad to worse. You never know, she may turn all the more hostile. Therefore, maintaining the balance between ignorance and cognizance is the key to success.

Get Your Sanity Back: How to Handle a Difficult Mother-in-law

She may get on your nerves and drive you to frustration, but avoid the temptation to yell. She could use that against you to make you feel guilty. Rather, be firm and assert your point, but don’t be rude and lose control no matter how bad the situation gets. And what if you’re reaching the boiling point? Well, in that case, be modest and walk away.

2. Try to Understand Her

Have you ever wondered why mothers-in-law seem to hate daughters-in-law? Well, many of them feel that they’re losing their son to someone else. Your mother-in-law has always put him first and wants him to do the same with her. Now that you’re in his life, she could feel that she’s losing him. Try to understand her behaviour and her needs as a mom rather than taking things personally and escalating them into ugly fights.

3. Accept that She May Not Change

If your mother-in-law criticises you constantly and speaks about you behind your back, despite your best efforts to win her heart, it’s time to accept that she’s unlikely to mend her ways. The only thing you can do to save your sanity without losing control is to detach yourself from her emotionally. Respect her, but maintain a distance. On the off chance that your mother-in-law seems like she’s turning the other cheek, give it time before deciding whether she’s really changed.

By now you must’ve figured out the mother-in-law issues that make you go mad. Maybe it’s her rude remarks or condescending tone or her nagging that gets on your nerves. Whatever it is, identify the triggers so that you know when to hold your tongue or walk away. The sooner you do this, the quicker you can defuse situations. 5. Don’t Nag Your Man About Her

Try to resolve your mother-in-law problems on your own. While you should tell your husband when the two of you have arguments, try to keep from complaining too much. She’s his mother and he loves her no matter what, so you need to tread carefully. Too much nagging and things could go against you!

An interfering mother-in-law can be tough to handle. More times than most, all you want to do is rage and get her to shut up. But a better solution is to let her give you as many advices and suggestions as she wants. Simply listen rather than getting into an argument. You don’t have to follow them if you don’t want to, but letting her have her say could get her to leave you alone quicker.

If you want to find a solution to your in-law woes, you need to get to the root of the problem first. Understand why she’s rude or indifferent towards you and learn to get around it. Try to be good to her and win her heart before terming her as a bad mother-in-law. And if that doesn’t work, it’s time to try the clever tricks you’ve learnt from reading the write-up above.

Previous article « Sex And Your Sun Sign: What’s Your Seduction Style?
Next article How to Keep Both your Sick Child and Fussy Boss Happy! »