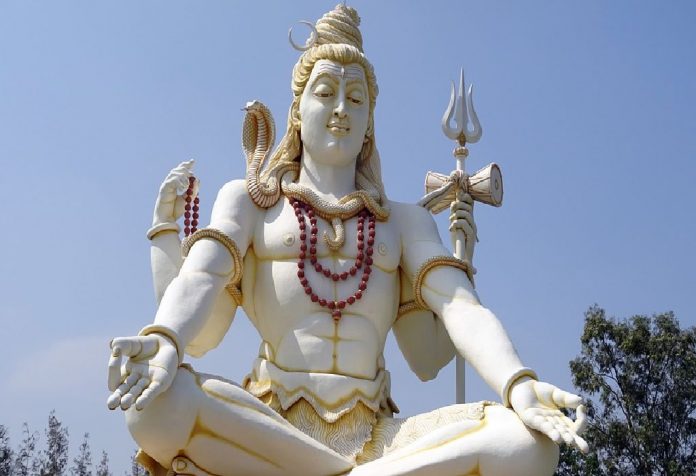 Lord Shiva carries an influential denomination when it comes to the Hindu religion. To date, we have been worshipping him just because the elders in our family told us to do so. However, now is the time to take the onus to decipher the rationale behind his persona. Keep reading to understand why he is depicted as a saadhu with bare minimum accessories, as opposed to the personality of other Gods, who are decked up in fine ornaments and in elaborate ensembles.

Lord Shiva’s personality has an aura of mystery around it. It is recorded in Hindu mythology that he lives in gloomy icy mountains, thereby depriving himself of all the materialistic elements. One piece of folklore also says that he resides in a crematorium. His geotic image depicts that he holds a ‘naag’ (snake) around his neck. In addition, he is offered ‘bhang’ and ‘dhatura’ as ‘prasadam’ or ‘naivedyam‘. Every fact about him carries an interesting secret behind it.

Today, on the occasion of ‘Mahashivratri’, let us adore our favourite deity by knowing some life management lessons which are hidden behind his identity.

Lord Shiva is the only Hindu deity to possess three eyes. Therefore, he is known as ‘Trinetradhari’, His third eye symbolises wisdom. We all possess a ‘third eye’ or so to say wisdom; it just needs to be ‘awakened’ or used at the right time. At the time of crises, when our senses fail to show us the correct path, this ‘third eye’ comes to our rescue. It helps keep us away from danger, if we ‘awaken’ it or ‘use our wisdom’ by being patient and using our understanding, instead of panicking and doing harm to ourselves.

Every deity in Hindu mythology is decked up with ornaments and clothing, while Shiva wraps ‘antelope skin’ around himself and covers his body with ‘bhasm’ or ashes. There is a spiritual as well as a scientific reason to explain the act. Scientifically, ‘bhasm’ is known to seal the body pores. Once this happens, it is seen that the body does not get affected by cold or heat. This way Shiva teaches us to not get affected by outer circumstances and to not lose our inner peace, whatever may be the situation. 3. Why Did Shiva Drink Poison

There is a mythological incidence which says that at the time of ‘Samudra Manthan’, Shiva held the poison churned out from the ocean in his throat, due to which his throat turned blue. It is because of this he came to be known as ‘Neel-kanth’. There is a very important lesson for us here. The ‘Neel Kanth’ is teaching us to not let the bad or negative energies overpower us. The same way he didn’t allow the poison or the ‘evil’ to enter his body, but held it in his throat.

‘Nandi’, the bull, is Shiva’s ‘vahan’ or vehicle. Bulls by nature are very diligent. They tirelessly perform all their duties. And despite being so hard working, they are always calm and stable like the Lord himself. Nandi is therefore very dear to Shiva. This is an illustration that teaches us to keep doing our ‘karma’ without expecting anything in return, and that Lord Shiva will be always there to bestow his grace upon us.

Lord Shiva holds the moon on his forehead. Moon signifies peace. It means that whatever the situation, one’s mind should always be kept calm. With a calm mind, the individual can face any kind of problem without getting jittery.

In spite of being the ‘Supreme God’, Shiva resides in a crematorium or the dark cold mountains. With this, Shiva teaches us to follow our duties wisely but to stay away from the illusions of this world, called ‘maya’. This is essential because there’s nothing true here, except death. Being attached to this mortal world will never let us achieve our ultimate goal i.e. ‘moksha’.

A man’s ego is what keeps him from achieving greatness. Ego makes people arrogant and less loving and comes between their goals and success. Lord Shiva’s Trishul keeps the ego in control and makes a person more humble.

The Pink Moustache – Breaking the Gender Stereotype from Childhood

Blood Clot in the Uterus During Pregnancy

Eating Butter During Pregnancy – Is It Safe?