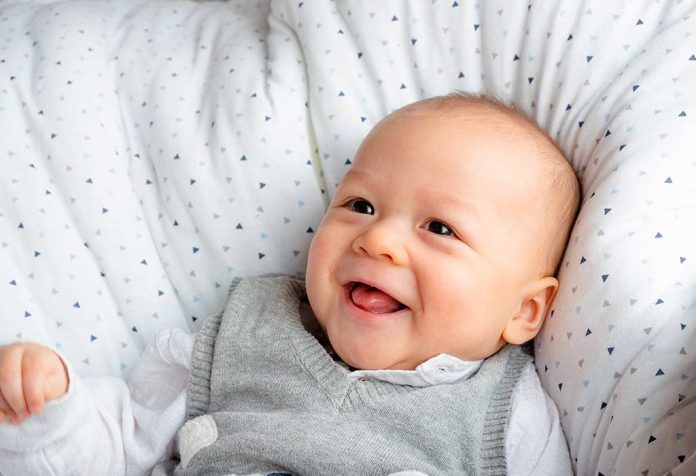 Polish names are unique compared to common names around the planet. It can be a cumbersome decision to make when it comes to ensuring that your baby has a unique name, but at the same time, can be pronounced easily. Many Polish names have great depth and meaning in them so in case you want a name for your baby boy, which has a personality, make sure you go through our list.

Aleksander is another way to spell the common name Alexander. In Poland, it is a common name, which means “defending men”.

Although made popular through the Batman franchise, Alfred or Alfie is a simple Polish name that is used by many. The name refers to the “elf counsel” but Alfred was also a 9th-century king of Wessex.

Andrezj is a Polish variant of the name Andrew. It means “man, warrior”, used to show fearlessness in your baby boy.

This name is a derivation of the Latin name Aurelius, which means “golden, gilded”. It was used in ancient Rome but is still in use in Poland today.

Bartek is a strong sounding name that starts and ends with a consonant. It means “son of the furrow”.

In Polish, this name means “kingly” and is used around the country. Its Greek counterpart means “royal”. The name is derived from the 4th-century bishop Saint Basil the Great.

Bogdan is a common name across Eastern Europe and that includes Poland. It is derived from the two Slavic words Bog meaning “god” and dan, meaning “gift”.

Borys is a variant of the name Boris which, in itself, is derived from the Turkic name Bogoris. The name meant “short” or “wolf”. A famous namesake was King Boris I of Bulgaria in the 9th century.

Czeslaw is derived from the two Slavic elements ca meaning “to await” and slava, which means “glory”. It is one of the most beautiful and unique Polish boy names.

The name is used in Polish, English, and also Dutch culture. Derived from the Greek name Damianos, which means, “to tame”. The name became popular In Europe due to Saint Damian who was martyred in Syria in the earlier half of the 4th century.

Dawid is a variation of the name David and means different things in different languages. In Polish culture, it means “friend” but in Hebrew, it means “beloved”.

It is a derivation of Dominicus, which in Latin means, “belonging to a Lord” which is taken from the word Dominus meaning, “lord”. It is a popular name in modern Poland.

A name that is commonly used across Europe, Emil is derived from the Latin Aemilius, an old Roman family name that was a variation of Aemulus, which means “trying to equal or excel” or “emulate”.

Eryk is a well-liked name for a baby boy, which is derived by combining the Old Norse words Ei, meaning, “ever, always” and rikr, which means rural. Combining the two gives us the meaning “eternal ruler”.

Franciszek is a variation of multiple variations and has been derived from Old French Franc, meaning “free”. It has taken multiple forms and meanings over the centuries including Francus, Franciscus and Francesco and most recently, Franceis.

Filip is a variation of the commonly used Philip. Filip is now catching up with many across the world and it means “lover of horses” from its Greek origin.

Grzegorz means, “to watch” and is derived from the Latin name Gregorius, which in turn, came from the Greek name Gregorios.

Gustaw is a variation of the commonly used Gustav. There is some level of uncertainty with regards to its origin but many think it’s from the Slavic name Gostislav which was borne by six different kings of Sweden.

Henryk in Polish means “lord of the house”. With its Germanic origin and inspiration, Heinrich, Henryk is quickly becoming a staple in modern times.

A name that was used in Greek mythology was Hippolytos, which translated to “freer of horses”. This name is a derivation of that and is popular across Poland.

Hubert, too, has Germanic origins and is a combination of the words hug, meaning, “heart” and beraht, meaning, “bright”.

Igor, which can also be spelled as Egor, is a very popular polish name and is derived from the English name, George. However, due to Hollywood, it has an unfortunate association with a slouched sidekick.

Ignacy is the Polish variation of the Late Roman name Ignatius. Derived from the word ignis, which means “fiery one”, this name has a lot of character.

Another name of Polish origin, this name is the shortened form of January and Januarius. There are multiple variations of it in different languages across the world.

Another strong sounding name, Jedrek is pronounced JED-rik and is of Polish origin. The meaning of this name is “a strong man” due to which many boys are named this.

Derived from the Hebrew name Yosef, this name means, “May he add, God shall add” and is mentioned in the Bible. It has been a popular name for many decades and continues to be so.

Julian comes from the Latin Julianus, which in turn, comes from Julius that was an old Roman family name. It may have been derived from the word lulus meaning “the first down on the chin”.

Pronounced YOO-stin, it is taken from the Latin name lustinus, which was derived from Justus meaning “just”. This name was borne by at least eight saints.

Kacper is the Polish form of the name Casper, which has Persian roots. The name means, “treasure keeper”

Konrad has Polish and German origins and is derived from the name Conrad, which means, “bold advisor”.

It is the Polish form of the name Xavier, which is derived from the Basque place name Etxeberria meaning, “the new house”

It is a longer version of the Polish name Lech, taken from the Slavic tribe the Lendians. Slavic legend claims that this was the name of the founder of Polish people.

Longin is the Polish form of Longinus. It is derived from the Latin longus, which means “long”.

Lukasz is a Polish derivation of the name Lucas. It has its origins in the Greek name Loukas, which meant “from Luciana”. It has been a popular name for many years across Poland.

Mikolaj is a variant of the name Nicholas, which has its origins in the Greek name Nikolaos. The name means “victory of the people”.

Milosz is taken from the name Milos, which is originally a diminutive of names that begin with the Slavic element Milu meaning, “gracious”.

This is a rare name that is not much in use anymore but it is taken from the Slavic elements misti meaning, “vengeance” and slava meaning, “glory”.

Nikodem has been popular in Poland for many years and is now becoming a common name in the UK as well. It is derived from the Greek name Nikodemos meaning, “victory of the people”.

It is derived from the Old Norse name Aleifr meaning, “ancestor’s descendant”. Olaf was the name of five Kings of Norway.

Olivier, from its French origin, means “the olive tree”. Oliwier is the Polish variation of the name.

Oskar is the Polish, German and Scandinavian variation of the name Oscar. Derived from Gaelic words os and Cara meaning “deer” and “friend” respectively, the name combines to form the meaning, “deer friend”.

Pawel is the Polish variation of the name Paul, which has Latin origins and means “small” or “humble”.

Rafal comes from the Hebrew name Rafa’el, which translates to “God heals”. In Hebrew culture, Rafael is the name of an archangel.

Stefan is the Slavic variation of Stephen, which is derived from the Greek word Stephanos meaning, “crown”.

It is derived from the Aramaic Teoma, which means “a twin”. The English variation of this name is Thomas.

Tymon is the Polish variation of the name Timon, which is derived from the Greek name timao, meaning, “to honor”.

It is a variation of the name Vaclav, which is taken from its older name Veceslav meaning, “more glory”.

Polish variation of the name Vratislav has Slavic elements, which translate to “return of glory”.

Also derived by combining two Old Slavic elements sem meaning, “family” and vit meaning, “Lord”. It was the name of a famous Piast Prince of Poland.

Many Polish first names are variations of names that you may have already heard but each one sounds amazing in its sense. Be sure to select a name that you love because your baby boy will have to love and live with it throughout his life. All the best in your journey!

Toddlers and Lockdown: How to Handle Both While Staying Indoors