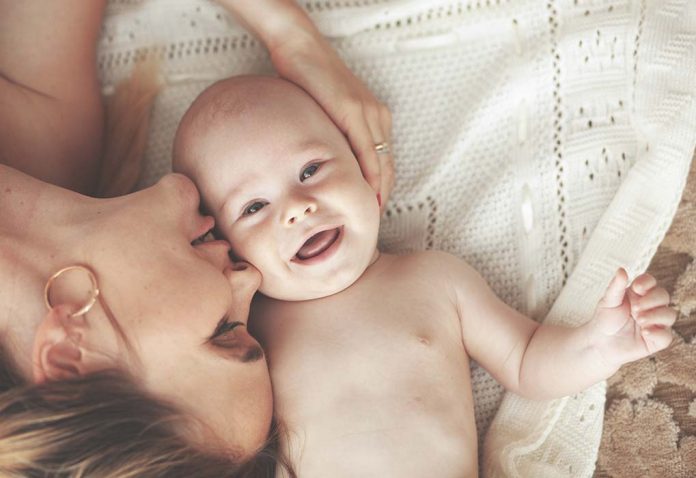 Your baby boy is undoubtedly the most precious gift in your life and as all new parents you want to make sure his name is the best and the most unique! Many parents decide to choose a baby name by syllables and meanings. If you are also looking for a name that has two syllables, we have the perfect list of names and meanings for you!

A single vowel sound is called a syllable. The number of vowel sounds we hear tells us the number of syllables in the word. Here are some wonderful two-syllable baby boy names that you can choose from:

This Hebrew origin name means the ‘lofty’ or ‘exalted’ one. It also has biblical significance because Aaron was Moses’ older brother.

This one has always been on top of the names list. Alex in Greek means ‘defender of mankind’. A unisex name has become very popular lately.

Aiden means ‘fiery’ and they derived it from the Irish name Aodhan or Aodh, who was the Celtic sun god.

Bodhi is a Sanskrit name which means ‘enlightenment’ or ‘awakening’. It is also the name of the ficus tree that Lord Buddha sat on and obtained enlightenment.

The name has different origins and it has always been at top of best boy name lists. Caden means ‘fighter’ and it is derived from Celtic languages.

Coming from a Hebrew origin, Caleb means ‘wholehearted’. The name also has biblical significance as Caleb was one of the leaders of the Israelites who reached the Promised Land.

Once again, this is a unisexual name and it is a perfect 21st century name for your son. The name Corey means ‘from the hollow’.

Although an extremely common name, Dylan is a favourite among many parents. Dylan was a character in Welsh mythology and it means ‘son of the sea’ or ‘son of the wave’ or ‘one who is born from the ocean’.

Yet another favourite and popular choice, Declan is a traditional Irish name. It has a holistic meaning as the name means ‘full of goodness’.

Popular since the cartoon Dexter’s Laboratory came about, this name is known to have an ancient Greek origin and it means ‘right-handed, skilled and fortunate’.

This name has Hebrew, German as well as English origins. Quite an uncommon choice, this name means ‘universal’.

Yet another unique but incredibly beautiful name, Evan means ‘young’. It is a Welsh name and is the Welsh form of the name ‘John’.

The name is of Italian origin and it is the short form of Lorenzo. The meaning is ‘ruler of the home’ and it is a top choice among Italian names for boys.

This name, Felix, is of Latin origin and it means ‘happy, fortunate’. Although the name was originally a Roman surname, it later got popularised as a nickname.

Another popular English boy name, Gavin means ‘white hawk’. Among short two-syllable boy names, Gavin is considered to be one of the most used ones.

This too is a name of English origin and also a very popular one at that. It gained popularity in the late 20th and early 21st century. It means ‘son of the gray-haired one’.

A rare name for your little boy, Gunner or Gunnar is a name of Scandinavian origin and it means ‘bold warrior’.

Who hasn’t been in love with the name ever since JK Rowling made it world-famous? Then name means ‘estate ruler’ and is a popular British name.

Although it has a very basic meaning, Hunter has become quite a popular name these days. The name is of English origins and means ‘one who hunts’.

This is a famous Russian two-syllable name which means ‘God is gracious’. Ivan as a name has been around for several years and is still considered a popular choice for boys.

Isaac is a name of Hebrew origin which means ‘laughter’. Although an important biblical name, Isaac has now gained popularity otherwise as well.

Pronounced as Jackson too, this name has American and English origins. The meaning of this beautiful name is ‘God has been gracious’.

Coming from a Hebrew origin, this name means ‘flowing down’. Jordan is becoming increasingly popular as a unisexual name.

This is a beautiful Hebrew name which means ‘dove’. In the Bible, there was also a prophet whose name was Jonah.

Another popular unisexual name, Justice has a basic meaning but is surely a cool name. The name has a French, Latin, and English origin.

A popular choice because of singer/rapper Kendrick Lamar, this name has Scottish and English origin and it means ‘champion’.

Many go for this version of the name over the simple ‘Caleb’. This name has a Hebrew origin and means ‘brave’.

A short name that is of Irish origin, Liam has gained a lot of popularity in America in recent years. The name means ‘strong-willed warrior’ or ‘protector’. Not many know but Liam is the Irish version of the name ‘William’.

This too is a name of English origin and it means ‘from the long hill’. This has traditionally been a surname through the years.

Originally a Hebrew name, this name has several variations like Mikah, Mika, Mica or Micha. The name Micah means ‘who is like God’ and will surely be a beautiful name for your lovely boy.

The name comes from Welsh history and means ‘son of Madoc’. Mostly used as a name in English countries, Maddox is being used in other Western countries as well.

This Hebrew name means ‘rest and repose’. Noah has been popular as a name for both boys and girls. Increasing popularity in the US has been noticed in the past few years.

The name has a Welsh origin and it means to ‘take comfort’. It has been famous in the States ever since Owen Wilson, an actor, and comedian, gained popularity.

The one award show that drives every movie lover crazy! Many have chosen to name their sons Oscar. It means ‘God’s spear’ and is considered a holy name.

A very popular English name, Percy means ‘pierces of the valley’. This name has not only gained popularity in the West but also several parts of India!

Many consider this as a surname but Phoenix works brilliantly as a first name too. It means ‘dark red’ and is considered to be a very lucky name.

Names with this letter are rare and that is what makes this name even more desirable! Quinton is an English name which means ‘fifth’.

The name means ‘little’ but it is often considered for the way it sounds than the meaning it carries. Russell could be the perfect name for your little gift!

For people who are Hollywood lovers, this would be a perfect choice considering River Phoenix was a huge star.

It sounds like an old English name, but this name is being used by new parents a lot more these days. It has both English and Latin origins and means ‘wood’ or ‘forest’.

Here’s one more unisex name on the list which all new parents can consider. Spencer has an English origin and means ‘dispenser of provisions’.

Theo sure sounds a name fit for a little boy who is as cute as a button. It is a name of English and Dutch origin. The name means ‘gift of God’.

This name has a Celtic origin and it means ‘outcry or tumult’. Another meaning of this name is ‘bold’.

Yes, you may think this name should be on the list of baby girl names but you’re mistaken! Tracy has always also been a popular choice for boy names. Tracy means someone ‘working at harvest’.

This is a Hebrew name which means ‘my flame, my light’. Uri has become popular over the decades and is now a common name for boys around the world.

The name has a simple meaning which means ‘conquering’.  The name Vincent has been around since the Roman times and is surely not seeing a way out any sooner!

This name has English, French and American origins. Wyatt means ‘tough in war’ and is a much-loved name among parents for their sons.

This old English name means ‘west meadow’ and has been a popular choice for all Star Trek fans who worship the character Wesley Crusher.

Be it a short name or an old one or one with a beautiful meaning, baby names should be chosen carefully. Take as much time as you want to come up with a unique name for your little bundle of joy!

How to Give Pomegranate to Your Baby

How to Throw an Eco-Friendly Party for Kids

Moms, We Need To Remember These 8 Precautions When Our Baby Watches TV Cartoons