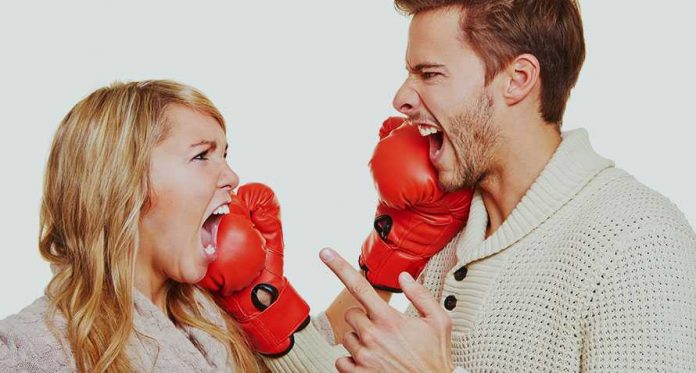 How to fight fair?Is fighting normal? Is fighting good for a healthy relationship? Many couples think that having fights indicate trouble in paradise. In fact, disagreements just mean that there is a scope for you to grow closer to each other. Fights that help your relationship grow stronger is not something to fear provided you follow the rules and fight fair!

You love him with all your heart, yet he’s the one who drives you up the wall too! If you’re wondering if fighting is good for a healthy relationship, let’s break it down for you. Fighting gives you an opportunity to air out your feelings. You’re one step closer to understanding your partner and having a happily ever after. However, most couples don’t know about healthy arguing in relationships. While disagreements are natural, calling cheap shots isn’t. Learn the rules of fair fighting among couples and you may never have to sleep in anger again!

Fights between couples should ideally not last longer than a day. In case you’ve reached a checkmate with neither seeming to budge, gracefully apologize and bury the hatchet. You can think about the core problem later on without harbouring any bad feelings.

2. Sticks and Stones May Break My Bones

Friendly couple fights are supposed to help resolve issues. Fair fights that help your relationship involve constructively talking about things you dislike in each other. Name-calling is definitely not considered friendly. Not only is it disrespectful to your partner, it also diverts the attention from the real issue. It is important that you mind the pitch and sound of your voice while arguing. According to experts on human behaviour, yelling changes the focus of the discussion. Instead of working on the issues, the partners start reacting to the noise and tone of the voice. However, talking softly will help you get the point across more efficiently

Disagreements occur when two people with two different mindsets try to make a life together. It’s completely normal and it is not a competition that you have to win. Seeing issues from a common ground such as ‘we have a problem’ is a reminder that both of you are rooting for the same team. Brainstorm the different solutions and arrive at one that’s mutually acceptable. Be prepared to give ground; being rigid yourself will only attract a similar reaction from your partner.

Finally, there’s just one rule that matters in all couple fights – love should ultimately win! If that’s your motto, then go right ahead and get your boxing gloves out! Thrashing out the issue is so much better than keeping the resentment bottled up. Give your relationship a fighting chance and watch it prosper!

Is It Baby Blues Or Postpartum Depression?

Guiding your Toddler Towards Independent Eating