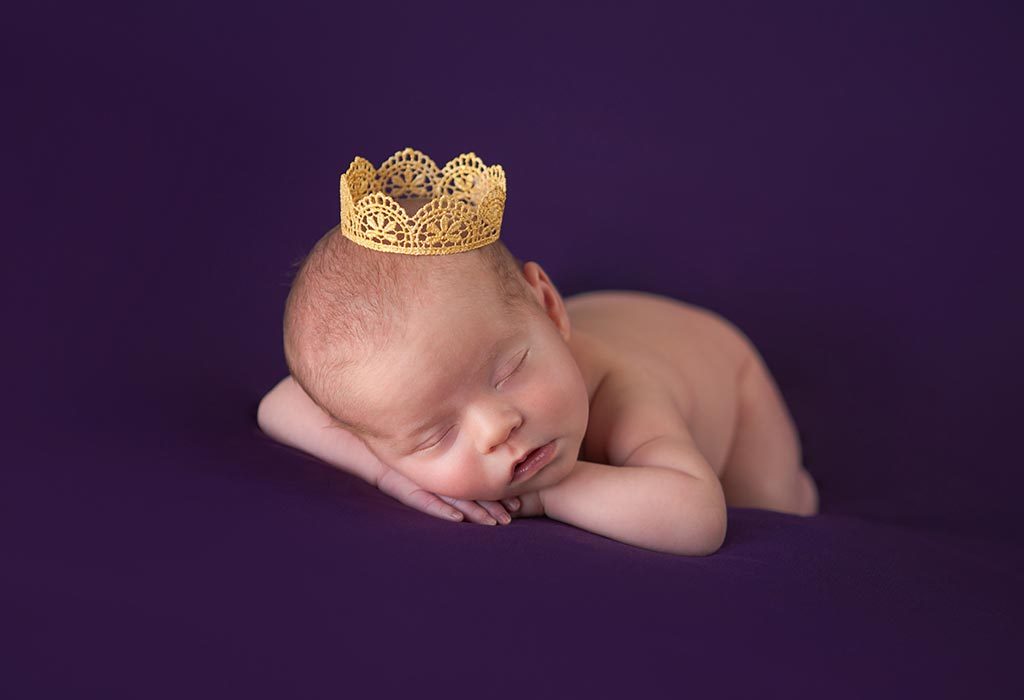 There is always a little mystic involved with the aristocracy. Be it the furniture in the house, decors, or even the names; all have a unique charm. Therefore, when it comes to giving aristocratic names to your baby boy or girl, you already know that it will sound exclusive. Also, aristocratic names help build strong leadership characteristics in a person. By giving this name to your little one, you can evoke this aura in them and secure their position in the world of everything bests. We have come up with aristocratic names for boys and girls, including names and characters from classic literature.

Here is a list of aristocratic names for baby boy that you will find interesting:

It is a Scottish version of the European name Alexander. Although it originates from an old Greek word, it refers to someone who is brave and a guardian of the people.

Coming from the German word ‘Adelbracht,’ it refers to someone noble and bright. This name gained its popularity when the English Queen Victoria named her prince as Albert.

The meaning of this name is ‘to be a sage or wise.’ Probably inspired by the 9th-century great king called Alfred, it also refers to elf counsel in old English.

Of Greek origin, the name was one of the several titles given to the mother of Olympian Greek Gods. The direct meaning of the name is ‘defender of the people.’

Andrei is a bold and powerful name of Russian origin. This is the Russian variant of the English name Andrew and means ‘manly’, ‘warrior’, and ‘brave’.

Andrew is a common aristocratic name that also refers to the patron saint of Scotland as well as Russia. The meaning of this name is ‘manly or brave.’

A name that got its popularity in the Middle Ages remains an excellent choice even today. It is an English version of Aldwyn and means ‘a wise or old friend.’

Balthazar is a classic, elegant name meaning ‘Bel protects the King’. It is also a biblical name of one of the Three Wise Men.

Today we may recognize it as an English car brand; however, it is a common aristocratic name as well. The meaning of the name is ‘meadow with coarse grass.’

Carlos is the Spanish variant of the English name Charles and the German name Carl. Many Sweden kings have had this name.

From the Roman clan name- Caecilius, comes the famous English name, Cecil. Quite a few eminent personalities bear this name.

A Welsh derivative of Cadfael, Cadmael, is uncommon and yet sounds good. The name Cadmael means ‘war chief.’

Although an Irish name, it is derived from the ‘Cadman.’ The name means a person who is prudent in his approach. Interestingly in Anglo-Saxon, it means a ‘warrior.’

Derived from the German name Karl, the name gained popularity in Europe with the fame of Charles the Great. The meaning of this word is a ‘free man.’

A popular name in Greece, he was a great Roman emperor. He was the first emperor from the Roman Empire to adopt Christianity and gave name to the city now called Constantinople.

Edgar exudes power and strength both by its name and its meaning. This English name means ‘fortunate’ and ‘powerful’.

Felipe is a variant of the English name Philip. This Spanish name has been used by several royal and elite families around the world.

The meaning of this aristocratic name is ‘free landholder.’ One of the founders of the United States also had this name – Benjamin Franklin.

It is a German name that means ‘peaceful monarch.’ A popular masculine name in Europe at all times, it gives Fred as a perfect nickname as well.

Geoffrey is derived from the Germanic name Gottfried and means ‘divine peace’.

Haakon is the modern version of an Old Norwegian masculine first name Hákon, which means ‘high son’. The name has been shared by many princes and kings from Norway, Denmark, etc.

Igor is a Russian male given name meaning ‘those with the hearts of lions’. This certainly sounds very elite and bold name.

James is a classic biblical name graced by many elites and royal persons. The meaning of this name is ‘supplanter’.

Kira is a stylish and aristocratic name with multiple origins, from Ancient Greece and India to Russia and Japan. It means ‘ruler of the people’ and ‘beam of light’.

A popular name everywhere, it comes from the name Dennis which means the ‘follower of Zeus.’

Here is another list of aristocratic names for your baby girl.

Adela is a sweet girl’s name of Germanic origin. The meaning of the name is ‘noble’. Adela is a royal Norman name which came to England in the eleventh century.

The name has Hebrew origins and is the French form of the Greek name Anna. It means ‘grace.’ The second wife of Henry VIII and the mother of Queen Elizabeth I has this name.

Not only is this name aristocratic but also floral and that is its beauty. It means ‘to sparkle.’ In Old Greek poems, it denoted the pure pastoral beauties.

A name with a French origin, it means ‘hazelnut.’ It’s a name for your baby girl that sounds unique. It also connects to the ancient Roman place called Avella.

Babette is a French diminutive of the Victorian name Elizabeth. The name is certainly of the high class and aristocracy. It means ‘promise of God’.

This Italian name means ‘blessed’ or ‘someone who brings happiness.’ Beatrice was the name of Queen Victoria’s youngest child.

The name was not as popular in the 18th century, however it’s a now-famous name all across. It is the feminine form of Charles.

Christina is a female variant of the male Latin name Christian. Christina has been donned by the Swedish queen and several Dutch, Danish, and Austrian princesses.

It comes from the Victorian name Cecilia. You can find this name as a character in the famous ‘The Importance of Being Earnest.’

A trendy name since the time of Queen Elizabeth I of England in the 16th century. The meaning of this name is ‘pledged to God.’

Frances is a Latin-origin name meaning ‘woman from France’.

For long, the name remained an upper-class domain in England. Although the name means ‘farmer,’ it is fashionable to name your baby girl Georgiana.

This is the ultimate royal baby girl name with a touch of Hollywood charm. The regal name has been adorned by several princesses and elite-class people.

Latin in origin, Isabel is the Spanish and Portuguese form of the name Elizabeth, which is the name of a prominent Victorian name. It means ‘promise of God’.

If you are looking for an elite and aristocratic name, then you can consider Katelyn. Katelyn is basically a variant of Caitlin, an Irish form of Katherine. It means ‘pure’. Katelyn is a popular name among royal and elite families.

Lilith is quite a popular elite-class name. This Hebrew-origin name means ‘woman of the night’.

The name has many literary and historical associations. It is originally a Latin word that means ‘a renowned warrior.’ Several famous personalities were the bearers of this name.

It is a Finnish version of Margaret. It originates from Greece and means ‘a pearl.’ Margaret Thatcher, the former UK Prime Minister, was the most famous bearer of this name.

Mabel is a lovely name with several royal links. This old-fashioned, sassy name would be perfect for your little girl. Mabel means ‘lovely’.

The name means ‘child of the wise leader.’ Interestingly it can be used both in feminine or masculine form. The name gained its popularity from the American actress Mackenzie Phillips.

It is a word from the Latin language, meaning ‘the eight.’ In earlier times, it was the name given to the eighth born child in the family.

Here is a unique name if you are looking for one. It is derived from the German name Odo which means ‘riches.’

This Greek origin name means ‘from Mount Olympus.’ Named after the highest mountain in Greece, it also has a mention in the mythology. It was considered the home of Greek gods.

These elite baby names are worthy of appreciation for all. Your baby boy or girl will like their aristocratic name when they grow up. Old aristocratic names have a unique sound and appeal to them. The name is sure to add a few refined qualities to your baby when she/he grows up.