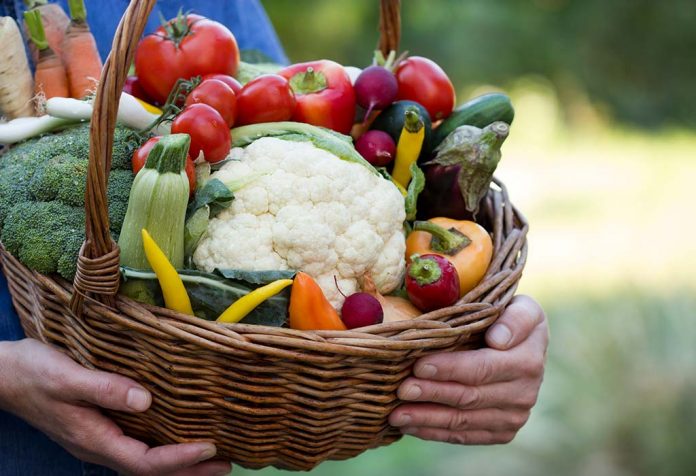 You might have come across the word organic, irrespective of whether it’s on the menu card of your favourite restaurant, the supermarket, or that one restaurant that claims to serve healthy food. What’s the big deal about going ‘organic’ anyway? Read on to find out.

The term organic is not restricted to fresh local produce anymore. It has moved from a mere catchphrase to a lifestyle. Here are ten things that will make you switch to organic foods starting January 1st, 2019!

Organic foods come with a host of benefits, both, in favour of you and the environment. The organic industry is growing by a couple of billions each year because more and more people are waking up to its wonders. Here are a few reasons that’ll make you want to switch to organic foods.

No chemicals go into preserving organic foods, which is why you can be entirely sure of their quality. The thing about packaged food is that a lot of preservatives go into maintaining their shelf-life. Thus, you end up consuming food that is forced to stay fresh. Organic fruits and vegetables come with the surety of freshness. Not much goes into their transportation cost, which is why if you live close to organic farms, make it a point to purchase your fruits and veggies directly from them. Fresh foods are nutrient-rich, and nothing is better than welcoming the new year with a kiss of organic freshness.

2. Cut back on Pesticides

Naturally-grown food products don’t require excess fertilizers and pesticides, as opposed to the mass-produced ones that are forced to grow in uncertain climatic conditions. When farmers spray the plants with too many pesticides, the fruit/vegetable tends to retain most of those chemicals. Irrespective of how well you wash your greens, some of these chemicals slip in, and you end up consuming them. But that’s not the case with organic foods! So you can safely switch to stay away from harmful pesticides.

Genetically Modified Organisms, or GMOs, are a result of laboratory processes, where the DNA of a particular organism (plant/animal) is genetically engineered and transferred to the genes of other organisms, to ensure that they survive certain conditions. This is mostly done with crops in order to mass produce. When it comes to organic vegetables, they are naturally grown in favourable seasons and rest assured, their genetics are intact, so you need not worry about consuming food that genetically modified.

Organic meat, milk, fish & poultry are nutrient-rich, because they’re not genetically modified, making them free of foreign antibodies. Because of being fostered in natural environments and produced by natural means, the nutrients in organic foods are way higher than those in packaged/mass-produced foods. So if you’re looking forward to ‘eating healthy’ in the upcoming year, then organic foods should be your go-to foods. 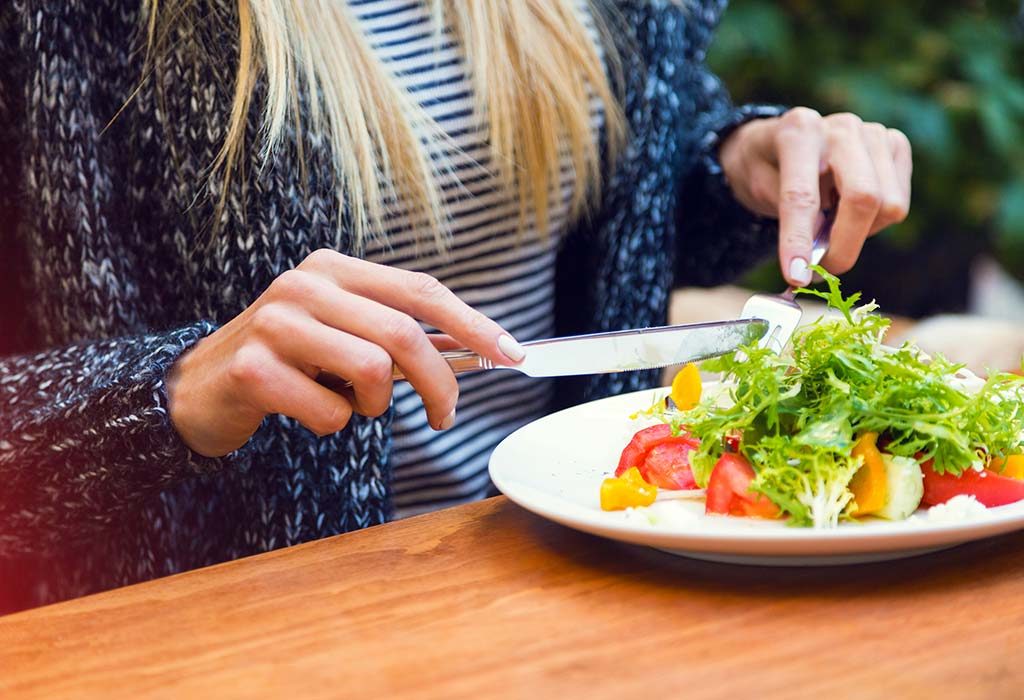 Organic food growth strictly avoids the use of harmful chemicals and artificial minerals, thus preserving the quality of soil and water in such farms. Organic food production also helps protect local wildlife by making use of natural pest control methods. Also, organic farms prefer to sell their stock locally, thus saving the environment from the pollution caused by transportation. By switching to organic foods, you will not only help the farmers earn a living, but also contribute to saving the environment in unimaginable ways.

People often find this hard to believe, but organic food does, in fact, taste better. This is because the crops are given enough time to grow and mature. Also, they are grown in naturally favourable conditions and are kept away from chemicals. Apart from preserving their nutritional value, these natural methods of farming help retain their original taste and fragrance. Organic foods are a nice package of health and taste! So what’s holding you back?

Numerous growth hormones go into increasing the size of fruits and vegetables that are commercially produced. In the case of livestock as well, animals are injected with growth hormones to increase their meat content, which we consume eventually. Even though the effects of such modified foods are not visible on the body, yet, they pile up eventually and pose severe health hazards in the future. These chemicals harm the immune system and affect the overall strength of the body. Organic foods are much safer, and because of their high nutritional value, they provide nothing but strength to your immune system.

8. Go Light on Your Pocket

Who says organic foods have to be expensive? If you purchase them from the ‘organic section’ of a supermarket, then sure, they’re going to charge you a bomb! And honestly, unless it’s certified, it’s not really organic. Local vendors are your best bet. And these vendors always quote the exact price, sometimes even less! Next time you pass by a village or some local farms, make it a point to purchase your groceries from these vendors. Switching to organic foods will not only cost you less but will also treat your system right. 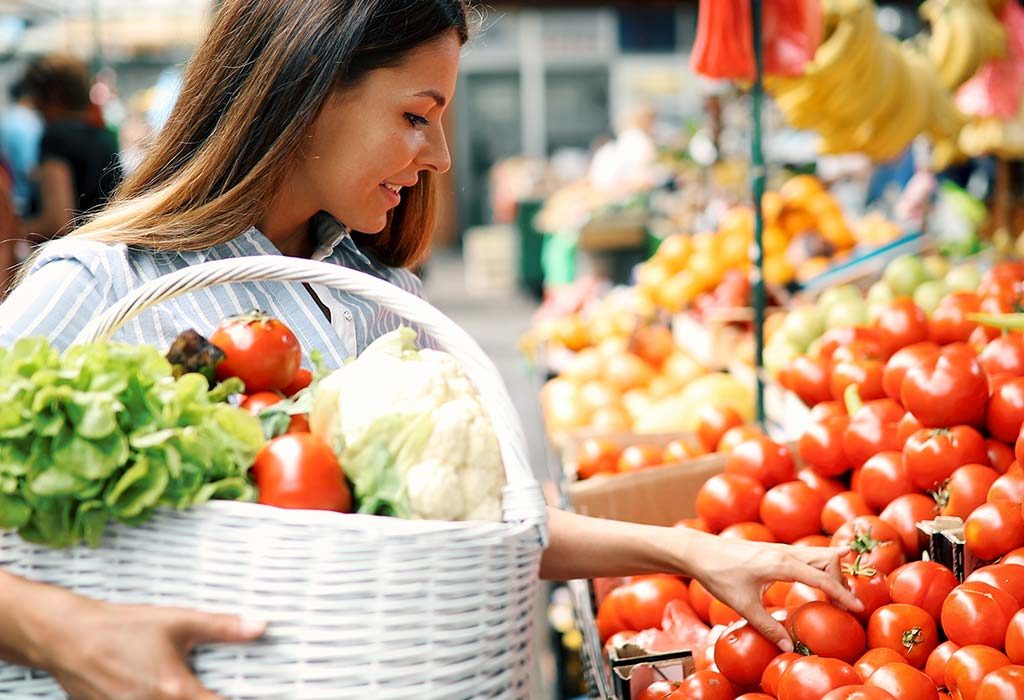 One of the major causes of food-borne diseases in the sheer use of chemicals to gain from agribusiness. Apart from natural fertilizers & pesticides, every other chemical sprayed on the crops is poisonous. Consumption of unwashed, uncooked fruits and vegetables is the very reason why diseases and epidemics are on a hike. In the case of organic foods, you can be assured that the food you’re consuming has not been sprayed with anything that will not suit your body, thus, keeping diseases at bay. Organic foods are like the gift of good health to your body!

In the spirit of giving this new year, you should ‘give’ up on those supermarkets and mass-producers who are money-minded and serve you with nothing but poison-coated produce under the name of ‘organic.’ It is a known fact that the poultry industry puts the animals through a lot, physically and mentally, to build up on their production, all for the sake of profit. When you truly side with organic foods, you’ll get access to the purest forms of meat & greens, thus pulling you out of this money-sucking and animal-slaughtering business. Along with your system, wouldn’t it make sense to cleanse your conscious too this new year?

So there you have it, the benefits of organic foods! Organic foods come with an entire deal of being safe for the environment, right for your personal health, non-poisonous, chemical-free, inexpensive & nature- friendly. So why wait? Make this significant change in your lifestyle in the upcoming year and trust us, you won’t regret it!

50 Positive Words of Encouragement for Kids