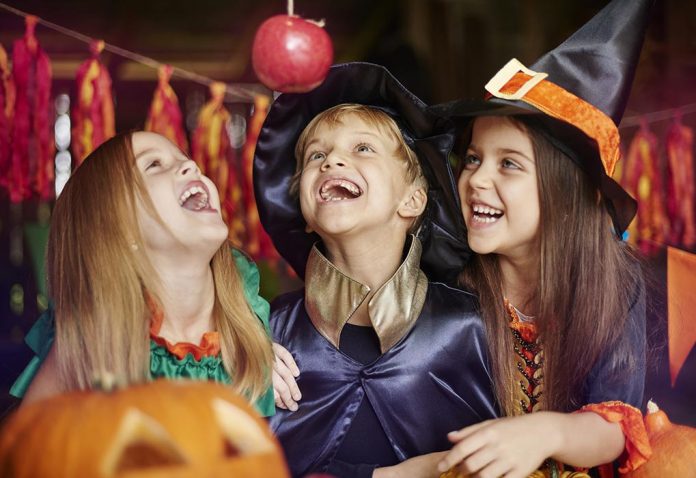 Have plans to organize perfect Halloween party games to give children a spooktacular time; you have to first scour the stores for the right costume and build up a candy stash which would make Willy Wonka proud. The ultimate idea is not to make the party games scary or send the children home, terrified to go to bed. You would definitely prefer a party where the fun will be there, and memories would be cherished. The party games would involve objects that you already have at your house. Halloween games are always spooktacularly fun and are great for people of all age groups. Some Fang-tastic games for all the family members make the occasion all the more special.

The Halloween time is the spookiest time of the year when people are filled with ‘Halloween Spirit’. The actual success of a party lies in planning the kid-friendly Halloween games. Here are some ideas to organize such games that will be a huge win and will also make you a coveted party planner. A frighteningly fun Halloween party is what you would wish to throw. A list of easy –to –assemble games is given below:

It can be one of the best spooky Halloween games for kids. The hilarious game gets everyone into the festive mood of Halloween. The aim here is to wrap up a person using a roll of toilet paper and to make him appear as a mummy before the other team. The children run away when the creepy, scary mummy thus created, chases them. There are hundreds of ideas of Halloween games for preschool kids. This game, in particular, is sure to be a big hit for kids and adults alike. It is a great guessing game which can be played in any party. Some Dracula Teeth are kept in a container, and the children are supposed to guess the number right.

Many a time scary Halloween games for kids are organised to create spooktacular time. The game not only refreshes the kids but also improves the reflexes of the child. It is quick to set up and play the game involving little babies. They have to play in pairs, and one will throw the eyeball, and the other is expected to catch the same. It is a game about a good partnership. The game is full of zest and vigour which can be a hit in any Halloween party. This brilliant ghostly game is perfect to be played with all family members and friends. All vibrantly attired kids are made to go under the broom. If it happens to touch any part of the body, then the child is made to sit in a cauldron.

It is an entertaining indoor Halloween game for kids that help to improve balance and gait. Apart from entertainment, the game can infuse enthusiasm and zeal. The child will be expected to balance a cookie on his eyes and has to eat it with his hands at the back. What a challenge it is! A game to guess and eat as well is perfect Halloween food game for kids. Any Halloween party can be so much more engaging with such kinds of games for the little ones. The little ones have to touch, feel and taste the dishes to guess the name of the dish. This game is a lively and creative game to make the party fun memorable. It will keep all the children excitedly entertained. A zombie style football attracts children, and they love to play the game to test if they can score goals for their teams.

This game full of agility for young fitness freaks. It is a wonderful idea of a party game challenging yet easy to play. Children have to race up and down and also stack the pumpkins on reaching the table. Though not easy, it is quite a popular game for all kids to play. This is a great fun game for children to eat and enjoy the Halloween party. When both the things children love are packed in one, it becomes the most sought-after game for a Halloween party. The little ones are supposed to eat the hanging doughnuts keeping their hands at the back. Not at all an easy venture for the kids but as you know, kids love to prove their mettle in every game by trying their best.

Halloween Party Games are a big part of great family memories. The best part about these fun games is that they are all kid friendly and can be altered to accommodate and suit any age group. The cute costumes and lots of goodies add zing to the party. The Halloween Party Games can provide loads of joy and crank the fun up a few notches with such amazing and crowd-pleasing games. The most awaited part of a Halloween Party is, no doubt, the bursting of a Piñata and be showered with lots and lots of candies and goodies. The Halloween Party games are a perfect occasion to bring creativity to the fore in terms of dressing up in various costumes, decorating pumpkins with lights, playing different games, thus collecting memories to cherish forever. The ghoulish games, tricks, and treats after playing the brilliant ghostly games, fill the children with satisfaction and pleasant memories.

80 Geeky And Nerdy Names for Girl and Boy Babies