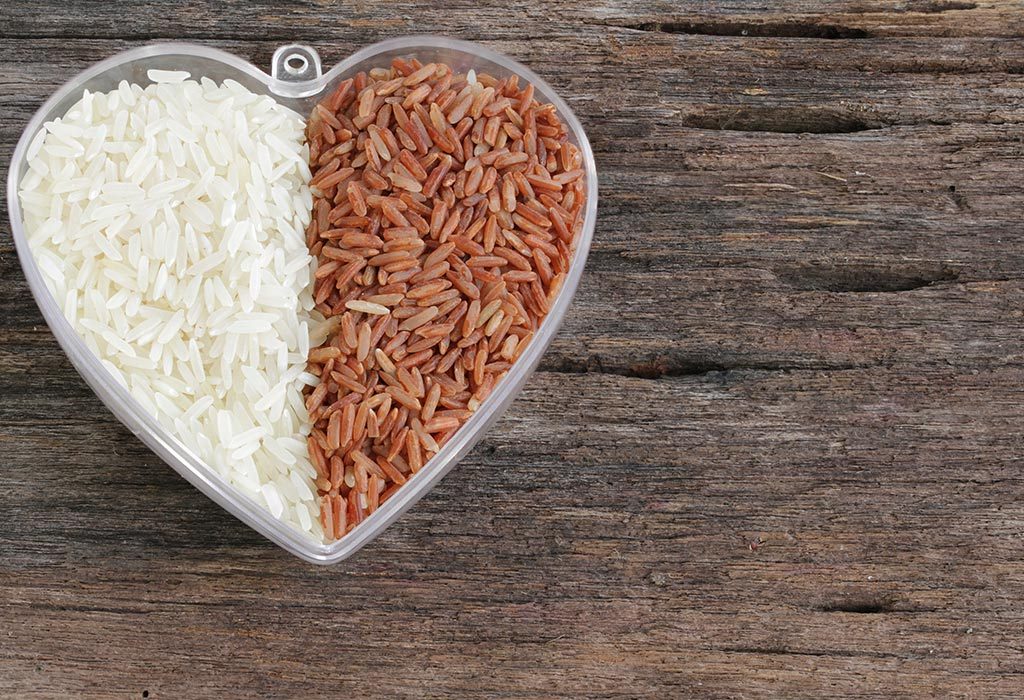 White rice is one of the primary sources of carbohydrates in our diets. It is quite common in many of our favourite dishes and makes for a filling meal. It tastes delicious with dal or gravy but we all know that it is not healthy. It stuffs us with more calories than we need and is devoid of essential minerals in its polished form. Hence, it is important to reduce its intake if you are on a low carb diet. You can also substitute it with some really good alternatives.

These are healthy and delicious substitutes to plain rice that you can include in your diet:

Foxtail millet is the second most widely grown millet in the world and is abundantly available as rice. This millet is rich in minerals such as iron, protein, and fibre. Foxtail millet is recommended to diabetic people as it helps in controlling blood sugar and bad cholesterol levels while increasing the good cholesterol (HDL) in the body. 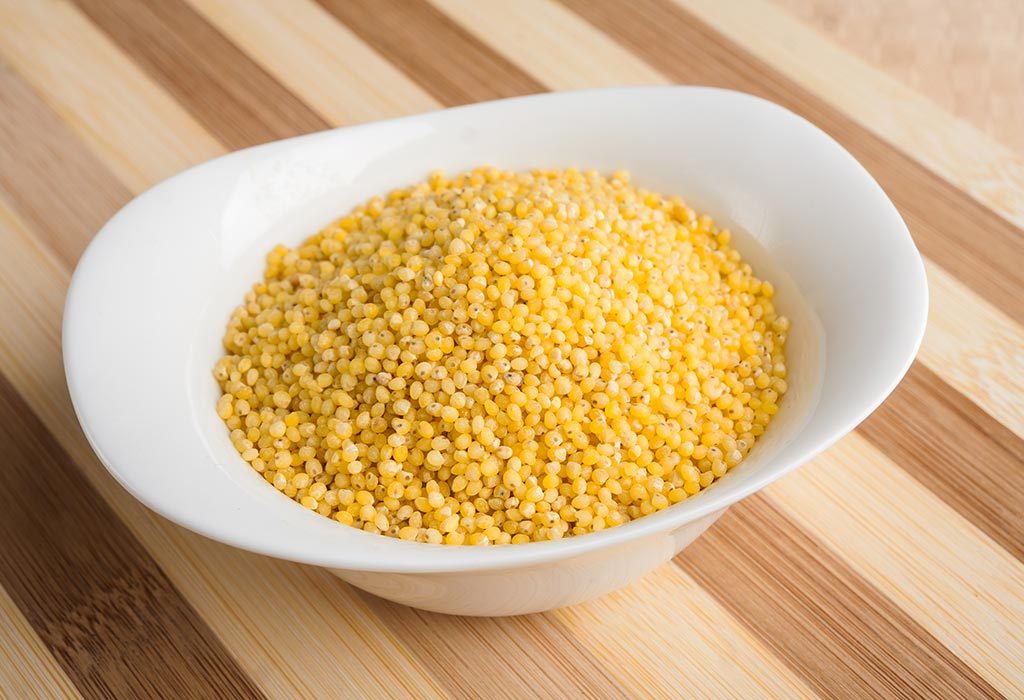 Foxtail millet is just as simple to cook as rice and follows exactly the same procedure. For 1 cup of millets, add 2 cups of water and prepare in a pressure cooker for 2 whistles.

Black rice also called forbidden rice in Chinese is a very old and not surprisingly, a rare variety of rice which has been grown in India for centuries. It is primarily grown in the North East region where it goes by the name ‘Chak Hao’ and the southern parts of the country such as Tamil Nadu where it’s called Kavuni. Black rice is loaded with fibre and antioxidants. It has anti-inflammatory properties and acts as a detoxifier. It is also recommended for diabetics. 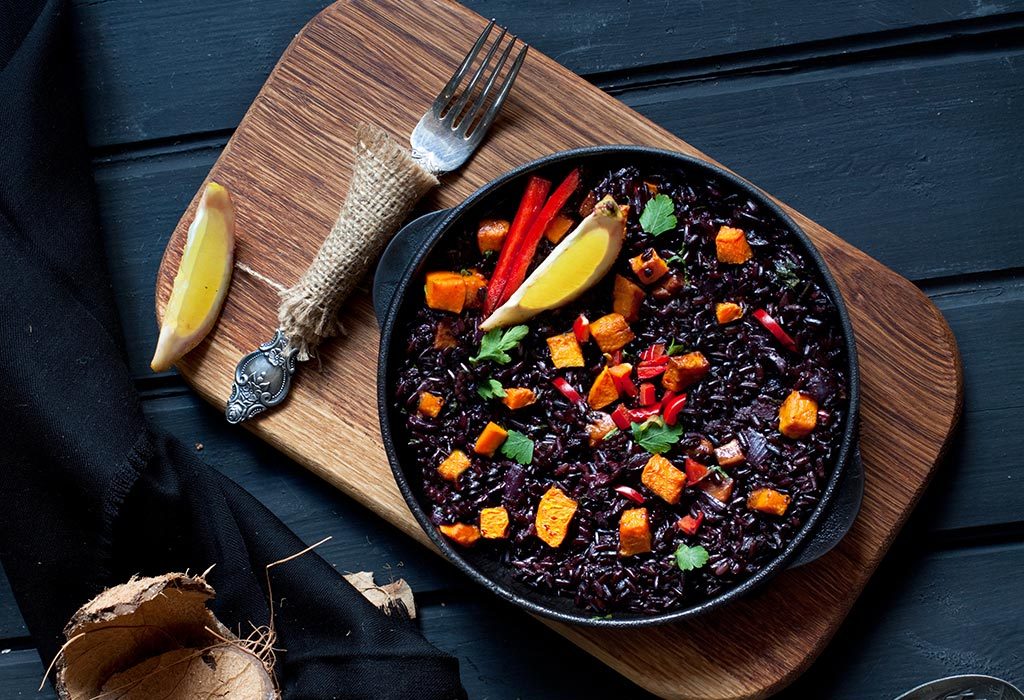 Soak the rice in water for about 3 hours. Add one cup of rice to 2 cups of water and pressure cook for 3 whistles. Simmer for 10 minutes over low flame.

Navara rice is highly revered among the red rice varieties for its rich aroma and unique medicinal properties. It is grown mostly in the southern parts of India and suits people of all ages as it is helpful for those suffering from illnesses. Its nutrient value helps build immunity against many of the common ailments. It is a fantastic weaning food for infants and highly recommended for pregnant women.

Similar to preparing black rice, soak the Navara rice in water for 3 hours. Next, pressure cook for 3 whistles and let it simmer on a low flame for 10 minutes.

Native to South America, quinoa is a grain that is rich in protein and free of gluten. Now widely grown across India, quinoa is a wonder food for people who are on high protein diets. It is also easy to cook and can be incorporated into the everyday dishes prepared across the country. The grain is rich in protein, magnesium, vitamin B2, fibre and has a low glycemic index. So use this in place of white rice and reap maximum benefits from it. 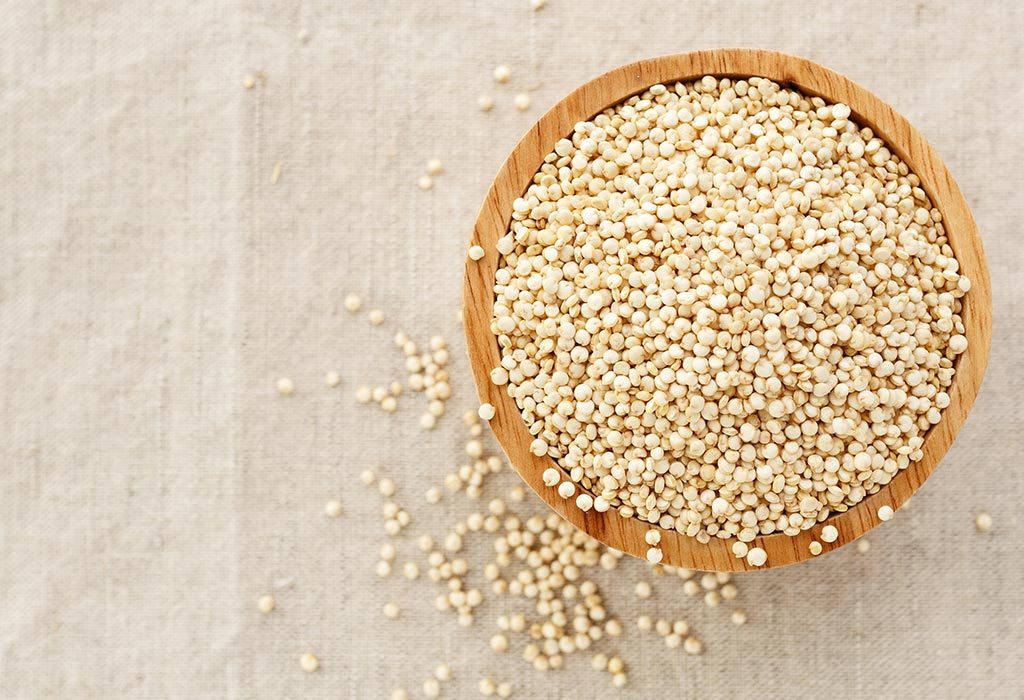 Soak the quinoa grain in water for 5 minutes and repeatedly rinse until the water starts to look clear. Place the rinsed quinoa in a rice cooker and pressure cook similar to rice with the same proportions of water to quinoa. If you wish to cook it openly, place it in a saucepan with a closed lid and cook similar to rice. Add some salt for taste.

Swapping brown rice with white is an easier step for those looking for healthier alternatives to white rice. Being whole grain, brown rice retains all the nutrients that are lost when it is polished to white. Brown rice has a richer taste and about four times the fibre content of white rice along with other minerals such as phosphorous, manganese, selenium, niacin, thiamin and vitamin B6. 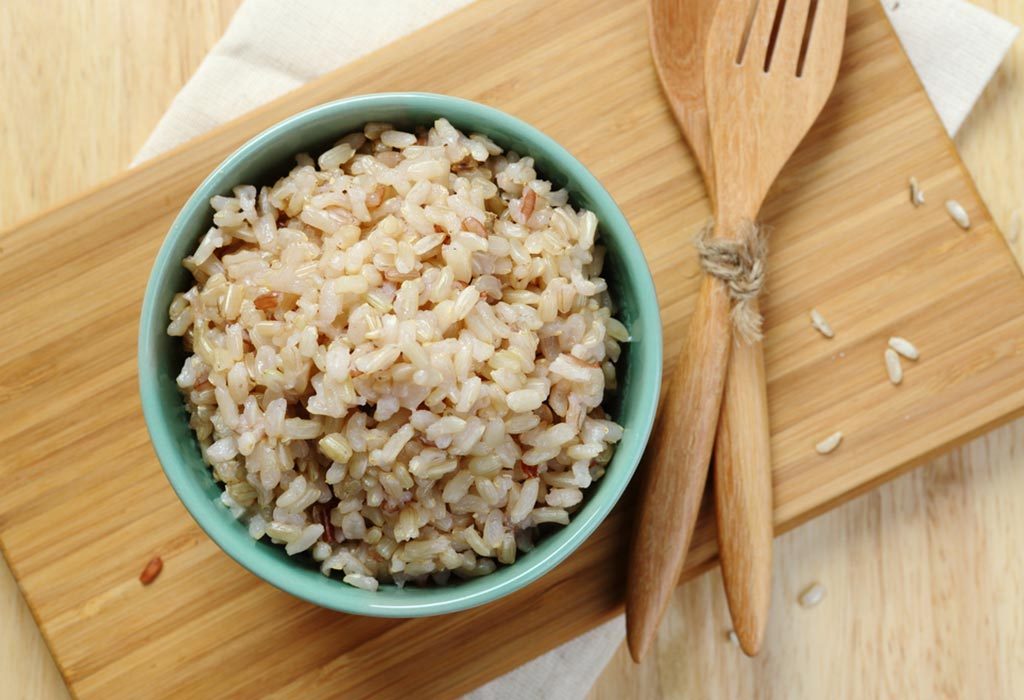 Brown rice is best cooked in a small saucepan with a lid to retain all its goodness. Mix 1 cup of brown rice with two cups of water and boil in the saucepan for 35-45 minutes depending on the consistency that you like. Let it simmer for 10 more minutes and do not rinse.

Bamboo rice is a type of delicious wild rice that is common to southern parts of India. It is actually the seed that comes out of a flowering bamboo which is at the end of its lifespan. Since the flowering pattern is unpredictable the availability of the grains isn’t steady. It is however highly sought after for its fertility-enhancing properties. Bamboo rice is also rich in Vitamin B6 and protein.

Rinse 1 cup of bamboo rice with clean water and soak it in water for 30 minutes. Pressure cook soaked rice with 2.5 cups of water for about 6 whistles and simmer on low flame for 10 minutes. If there’s some water left, use it for soups or gravies as it is highly nutritious.

Barley has been cultivated for over 10,000 years as food for people and livestock. It is common is soups and stews and forms the base of some alcoholic beverages. Barley is also recommended for diabetic people as it controls blood glucose levels and lowers cholesterol. 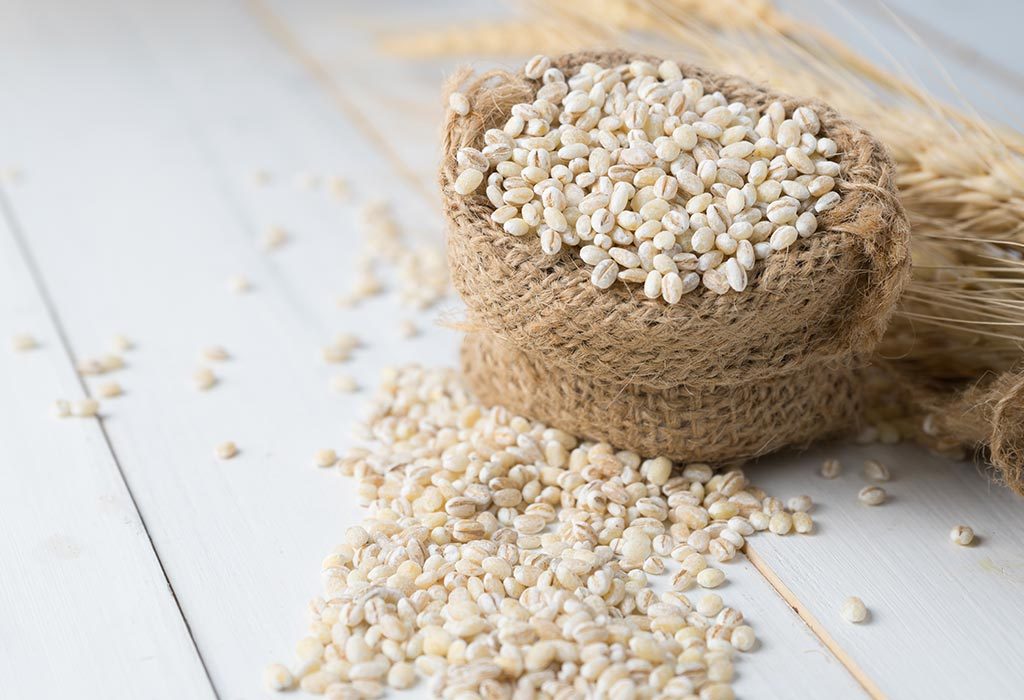 Barley takes longer to cook. Add one cup of barley to three cups of water in a saucepan and bring to a boil. Reduce the flame, close the lid and let it simmer for 45-60 minutes until tender.

The ancient Italian wheat grain is popularly known as Farro. It’s an ancient strain of hard wheat from western Asia that is popular in Italy. Farro is now widely being used in other continents such as Europe and North America. It is famous for its high fibre and protein content and is rich in B vitamins and magnesium too. The grain has a nutty flavour and chewy texture and we are sure you will enjoy eating farro. However, it is best avoided by people who are gluten intolerant. 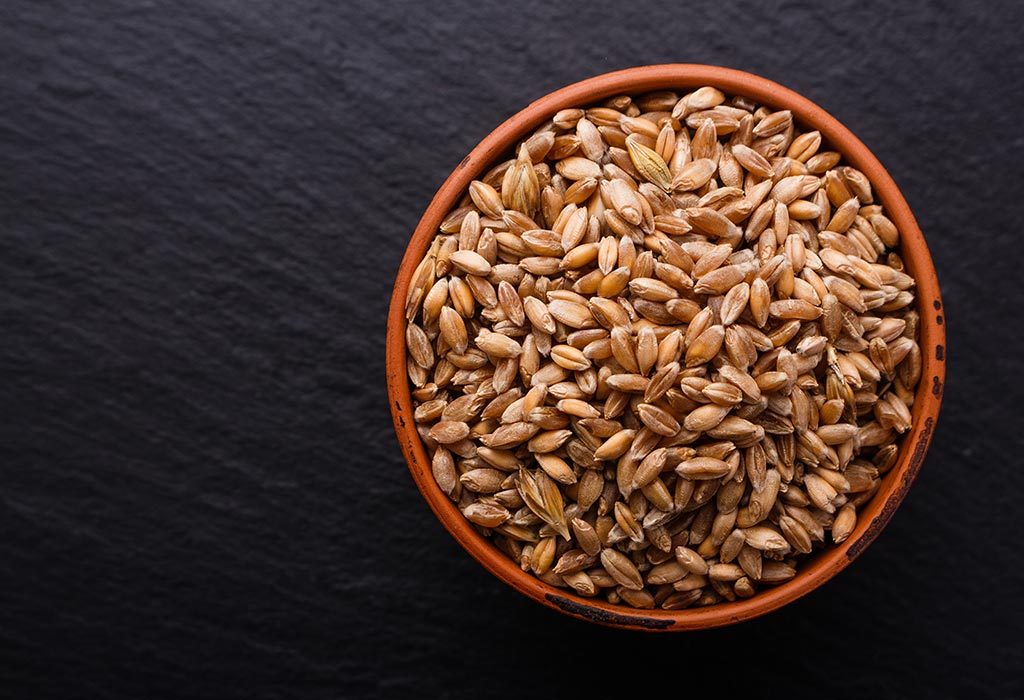 To boil farro, add one cup of grain to 2 cups of water and bring it to a boil in a saucepan. Cover the lid, lower the heat, and simmer it for 40 minutes until the grains have absorbed all the liquid and are tender.

Similar to quinoa, amaranth is an ancient grain which is packed with proteins, fibre, iron, calcium and has low carbohydrates. It was a staple of Mayans and Aztecs and is liked for its malty and slightly nutty flavour. It can be combined with other grains and added to soups and stews.

Add 3 cups of water to one cup of amaranth and bring it to a boil in a saucepan. Lower the heat and simmer for 20 minutes until all the water is absorbed.

Another healthy alternative to white rice is bulgur, which is easily available. This grain is loaded with antioxidants and all the essential vitamins and minerals. The grain goes well with a range of common dishes. So, replace your white rice with bulgar now. 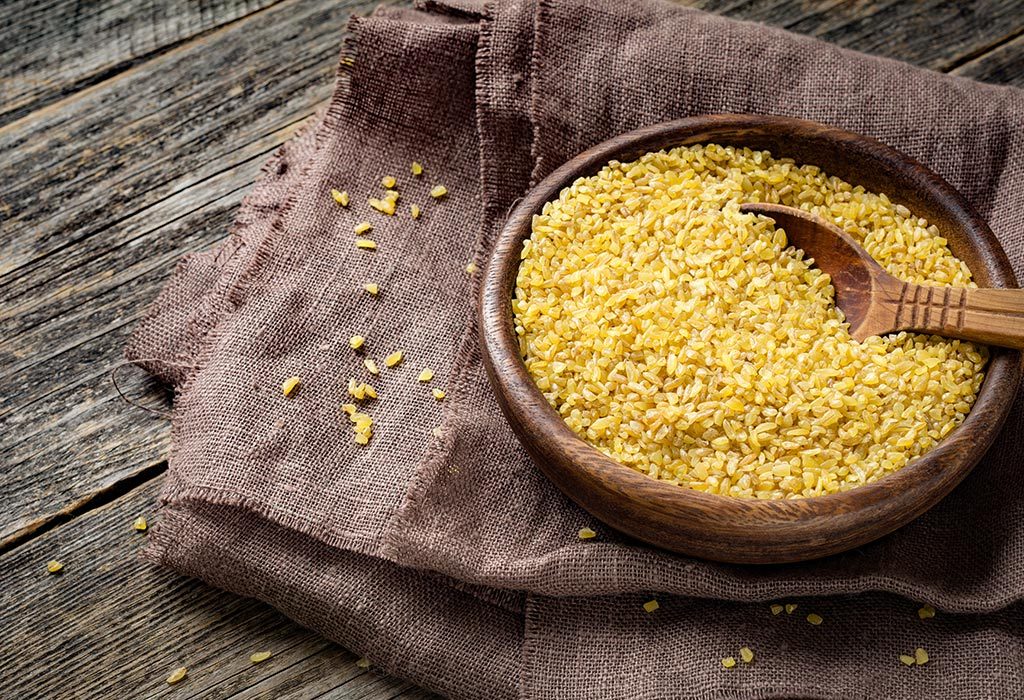 In a saucepan, add 2 cups of water to 1 cup of bulgur and bring it to a boil. Cover with a lid and simmer for 15 minutes and drain excess water.

1. What Is the Substitute for White Rice for Diabetics?

Diabetics can do well with whole grains such as brown rice and other fibre-rich grains. If they are looking to completely substitute rice, quinoa, farro, and barley are a good alternative for rice for diabetic people.

2. What Alternatives to Rice Are Good for Weight Loss?

Quinoa is an excellent alternative to rice as it is high in protein and fibre content and has fewer carbohydrates.

All of the grains mentioned above are easily available in the market and make an excellent substitute for white rice whether you are on diet or are trying to control diabetes.

Brown Bread vs White Bread: Which Is Healthy
How to Make Multigrain Atta at Home
Healthy Alternatives for Sugar You Should Consider